Think of the South West of England and initial images will likely stray towards rolling Devonshire countryside, picturesque market towns and flagons of Scrumpy Jack. 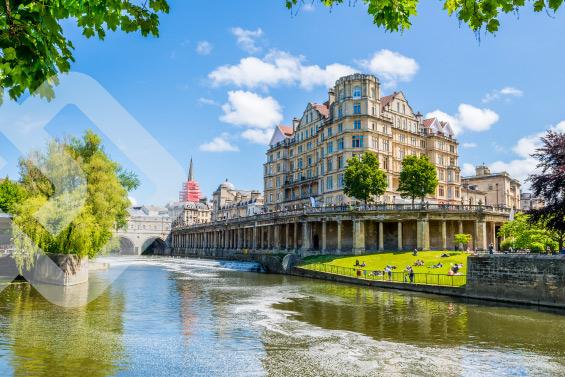 However, much like the rest of the UK, the South West has a darker underbelly, and the region’s five police forces – Avon and Somerset, Devon and Cornwall, Dorset, and Gloucestershire and Wiltshire – have plenty to keep them occupied.

This blog looks at the top 10 areas in England’s South West where crime is most prevalent. We’ve ordered our list according to the crime rate per 1,000 people.

Across England, Wales, and Northern Ireland, Bath lays claim to being one of the top 20 safest major towns. Yet, a more dispiriting picture emerges when we drill down to the South West specifically. 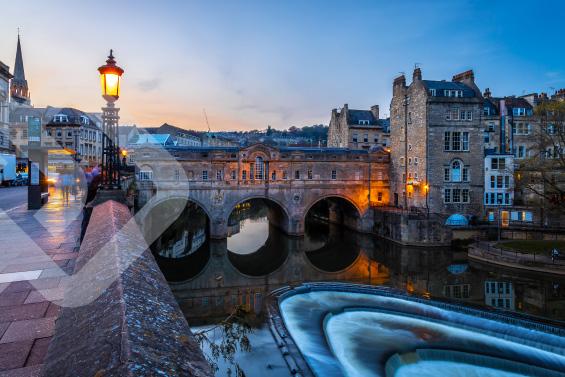 In October 2021, Bath recorded the worst crime rate in all of Somerset for burglary, with a rate of 0.25 incidents per 1,000 inhabitants. Earlier, in the September, the 87 reports of criminal damage and arson made it the worst area in the county for that month. More worrying is the crime that occurs most often in Bath – violence and sexual offences. It is the town’s leading act of criminality and is also on the rise.

Safe though Bath may be in the context of the UK as a whole, its problems are abundant enough to make the top 10 of most crime-riddled areas in the South West.

Regarding offences, Exeter is Devon’s worst location for bicycle theft, with a crime rate of 0.09 per 1,000 inhabitants. The town also recorded 11 reports of theft from the person in July of 2021, making it the top place in Devon for that particular offence for the month.

Like Bath, Exeter has a real problem with violence and sexual offences, with the 3,928 incidents recorded in 2021 making it the town’s most prevalent crime.

As well as being the largest settlement in Wiltshire, Swindon is also the county’s most dangerous town. Its crime rate of 68 per 1,000 people is 28% higher than Wiltshire’s average rate of 53 per 1,000 residents. 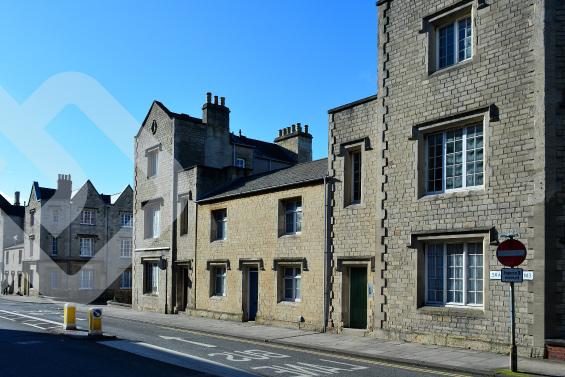 Another town with a bicycle theft problem, the 29 offences recorded in December 2021 put it at the top of the pile across all of Wiltshire. The festive month was also blighted for Swindon’s residents by burglary. The 36 incidents propelled Swindon to the top spot for that offence in what was the most disgracing of double-whammies.

Regrettably, Swindon’s most common crime is also violence and sexual offences. The 5,998 offences recorded for 2021 were 6% higher than 2020’s figure, making it a problem the town urgently needs to fix.

Though it comes in at number 7 on our list for the South West, Cheltenham is actually the safest major town in all of Gloucestershire. However, the 73 crimes per 1,000 people recorded for 2021 is still 39% higher than the county’s average rate of 52 per 1,000 locals.

An hour’s drive from Swindon, Cheltenham too has an issue with bicycle theft, with an offence rate of 0.10 per 1,000 inhabitants. Likewise, the run-up to Christmas was a nervy time for the town’s residents as November 2021 ranked as Gloucestershire’s worst for burglary, with 53 crimes recorded.

Plymouth is Devon’s most dangerous city, and its overall crime rate for 2021 of 73 crimes per 1,000 people puts it sixth on our list. 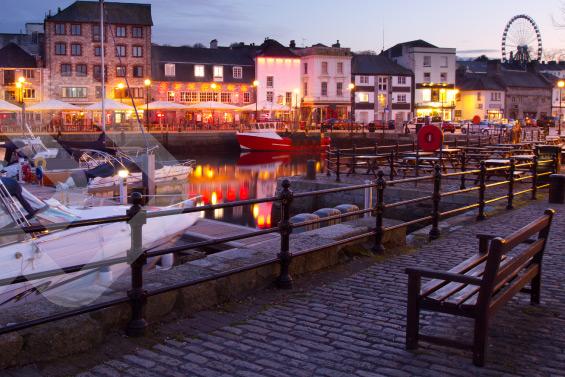 December of 2021 saw Plymouth rack up the worst crime rate in Devon for burglary, with a crime rate of 0.17 per 1,000 inhabitants. As if that wasn’t depressing enough, the winter month saw the port city register as Devon’s most dangerous area for criminal damage and arson and emerge as the worst for drug offences.

Breaching the top five in our list is Gloucester, officially the most dangerous major town in Gloucestershire, with 87 crimes recorded per 1,000 people for 2021.

Yet another hotbed for bicycle theft, in November 2021, Gloucester recorded 24 separate crimes, while in the September, the town became Gloucestershire’s most dangerous area for burglary. Seventy crimes were recorded over the 30 days, creating a burglary rate of 0.47 per 1,000 residents. October was another table-topping month for the town as the 115 reports of criminal damage and arson made it the worst in Gloucestershire.

By now, it will come as little surprise to learn what Gloucester’s most common crimes are. The 6,384 incidents of violence and sexual offences during 2021 not only made it the most prevalent crime but came in at 34% higher than 2020’s figure of 4,757 offences.

Though a favoured location for retirees, Bournemouth is Dorset’s most dangerous city and the fourth most crime-addled area in the South West. Indeed, the 92 crimes per 1,000 people in the coastal town is a whopping 52% higher than Dorset’s average rate of 60 per 1,000 residents. 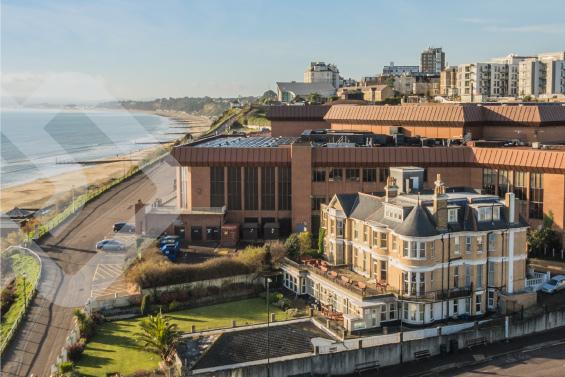 The most common crimes in Bournemouth are violence and sexual offences. 7,846 offences were recorded during 2021, a full 7% higher than in 2020 when the figure stood at 7,333.

Straddling the River Avon and a prosperous maritime history, Bristol is also the third most dangerous area in England’s South West. However, it is a testament to the region more broadly that, though Bristol makes the top three in our list, it is still the second safest major city in England, Wales, and Northern Ireland.

Second in our list of most crime-ridden places in the South West, Weston-Super-Mare is also the second most dangerous major town in the county of Somerset. 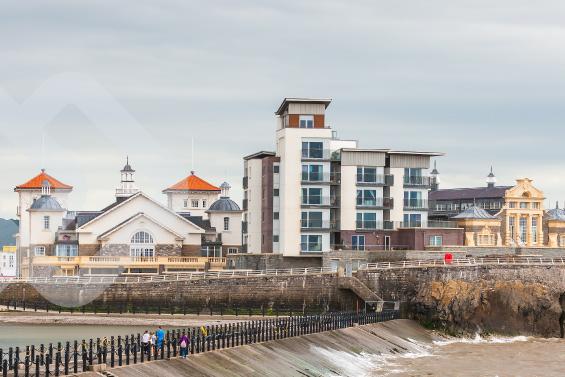 The resort’s 2021 crime rate of 94 per 1,000 people is a stark 56% higher than Somerset’s average rate of 60 per 1,000. Such is the level of crime; the popular tourist hotspot ranks as the 52nd most dangerous major town in all of England, Wales, and Northern Ireland.

In November of 2021, Weston-Super-Mare became Somerset’s leading area for burglary, with 37 crimes reported. Things only got worse in December. The resort went on to top Somerset’s table for criminal damage and arson with a rate of 1.0 incidents per 1,000 residents and for drug offences, of which a rate of 0.14 per 1,000 was posted.

In a trend that will surely haunt the police forces of the South West, the most common crimes in Weston-Super-Mare are, again, violence and sexual offences. The 4,015 offences recorded in 2021 are also 14% higher than those recorded in 2020.

Taking top spot in our list of areas with most crime in the South West is Somerset’s county town of Taunton. The 100 crimes per 1,000 people recorded for 2021 is 65% higher than Somerset’s average rate of 60 per 1,000 residents and makes Taunton the 41st most dangerous major town in England, Wales, and Northern Ireland.

Do you operate a business in the South West? Churchill Support Services is a leading UK security provider and a trusted supplier of expert security solutions to businesses operating in the South West of England.

Emily is responsible for business growth and account development via new sales. She leads the Business Development teams through strategic goals and objectives in line with business targets and strategy. Emily is a friendly, approachable and a respected senior manager at Churchill who always strives to deliver service excellence.

Previous Article The Small Business Crime Prevention Guide January 10, 2023
Next Article What are the 15 Most Watched Areas in the UK? January 23, 2023